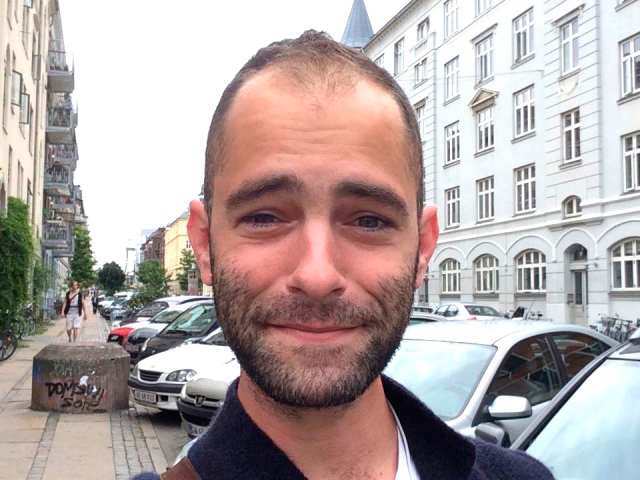 Adam began studying Mandarin at Oberlin College in his freshman year—quite late! Though he had had some prior exposure to East Asian languages as a high school summer student in Kobe, Japan, Mandarin proved a unique challenge and joy. With the urging of several excellent professors, Adam decided to spend a semester study Mandarin intensively in Beijing—and fell in love with the city. After graduating, Adam returned at once to Beijing, where he spent three years editing and translating articles for a children’s English-learning magazine, translating and editing a book about classical Chinese garden design, and writing reviews of local classical music performances for the English-language magazine The Beijinger.

Adam returned to the US in 2007 and found his first job teaching Mandarin six months later, at Sidwell Friends School in Washington, DC. Since then, he has taught Mandarin to many different sorts of students: heritage learners at the Washington, DC Chinatown Community Cultural Center, adult learners interested primarily in literacy, corporate clients in and around DC, and many private middle and high school tutees. He taught for two years as the sole high school Mandarin teacher at the Bentley School in Lafayette, California, and for the last several years he has served as Mandarin teacher and program coordinator at the Dalton School in Manhattan, where he designs and implements curricula for students at all levels of ability. Dalton stresses progressive, student-centered pedagogies, and Adam constantly works to show his students that Mandarin is not only a field of study, but also a tool that can be as useful in their lives at home as it is abroad.

When he’s not spreading Mandarin and Chinese culture, Adam travels incessantly (that’s Copenhagen in my head shot!), plays the piano passably, and toys with the idea of getting a Chinese character tattoo.